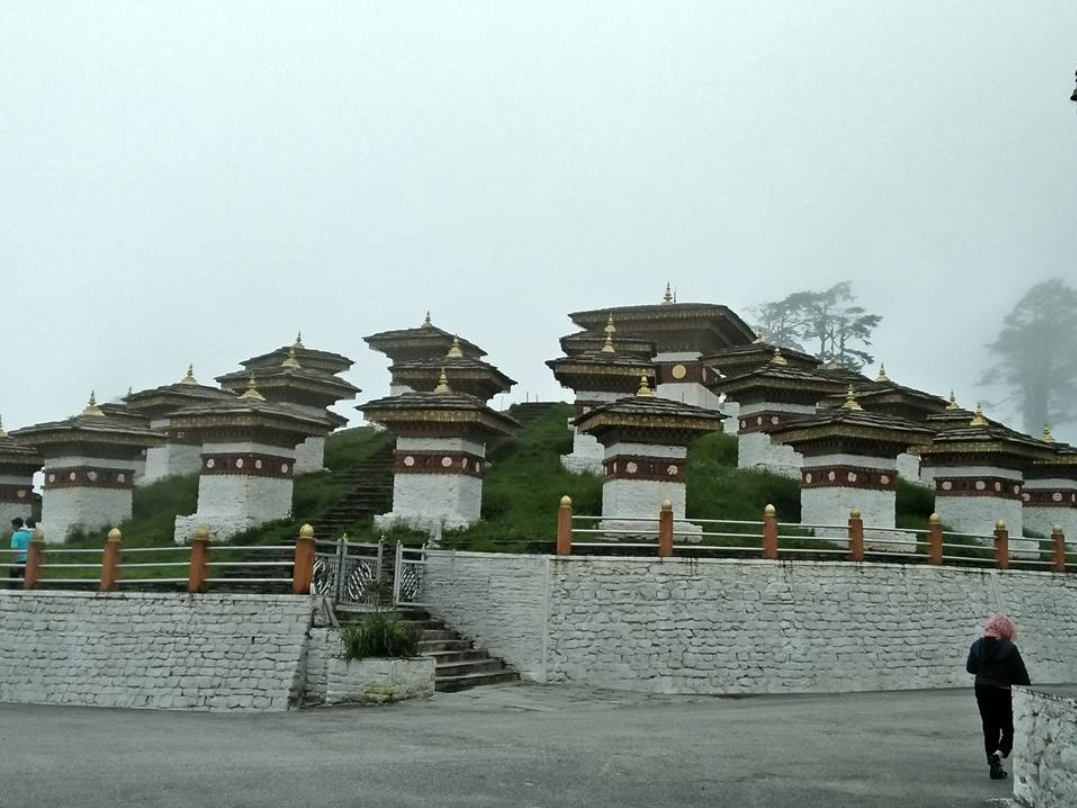 Bhutan tour is one of the most popular tour packages which never fails to amaze us. This tour begins from the capital city of  Nepal (Kathmandu). You will fly to Paro from kathmandu with an breathtaking view of hamalayan ranges during the Flight. On day 2 sightseeing to Thimpu the capital of Bhutan and many more to do.

Day 04: Departure from Paro for you next destination

Arrive Paro Airport and you will be received by your tour guide from representative office in Bhutan from the Paro International Airport. Drive to your hotel and after a refreshments/lunch visit to Paro Dzong, a fine example of Bhutanese historic architecture. It is also known as the Rinpung Dzong which means a “fortress that sits on a heap of jewels”. This imposing dzong located above the Paro river is a fine example of Bhutanese architecture with its inward sloping walls that rise to an impressive height.The dzong was built in the 16th century on the foundation of a monastery built by Guru Rinpoche (who is regarded as the “second Buddha.”) .From the Dzong, walk further down to Nyamai Zampa, an oldest traditional cantilever bridge in Bhutan.

National Museum built in the 17th century as a watchtower for the Paro Dzong. This dzong was converted into the National museum in 1967 and is filled with antique thankha paintings, textiles, weapons and armor.

In the evening stroll around the Paro town, free mingle with people and do shopping. Dinner and overnight at a hotel in Paro.

After breakfast, travel to Thimphu and check into your hotel. Then visit to The School of Traditional Painting of Arts and Crafts where students undertake a six-year course on the 13 traditional arts and crafts of Bhutan.

Centenary Farmers’ market (if tour coincides with Thu-Sun) where farmers would be selling their wide range of farm produces (vegetables from farms and wild ferns or bamboo shoots collected from forest, flour, rice, roasted rice, rice flakes, spices, yams both cultivated and wild ones collected from forests, fruits, etc) and livestock products (mainly cheese and butter). Free interaction with people from town as well as from villages comes to this weekend market. Weekend market is from Thursday-Sunday (4 days).

The Memrial Chorten which was constructed in 1974 as a memorial for the third King of the country, King Jigme Dorji Wangchuck, who is widely regarded as the father of modern Bhutan.

Tashichhoe Dzong, a fortress of the glorious religion. It was built in 1641 by Zhabdrung Ngawang Namgyel and was reconstructed into present structure by the late King, His majesty Jigme Dorji Wangchuck in the year 1962-1969. It houses the secretariat building, the throne room and the office of the king, and the central monk body.

Takin Preserve, which houses the national animal the Takin that is only found in Bhutan. This is an extremely rare member of the goat family. Found in herds in the very high altitudes (13,125ft and over). They live on a diet of grass and bamboo. It can weigh as much as 550 pounds.

Changankha Lhakhang (temple): This temple situated atop a small hound overlooking the Thimphu valley was built in the 13th century by the illustrious Lam Phajo Dugom Zhigpo. The temple is considered the spiritual home of children born in the Chang valley.

Craft Bazaar where craftsmen and artisans from across the country display and sell their handicrafts.

In the evening stroll around Thimphu town and you may visit local handicraft stores. Overnight at a hotel in Thimpu.

After breakfast, travel to Paro which will take about 1 hour and on arrival at Paro hike to Taktsang Goempa (Tiger's Nest Monastery). The hike upto the viewpoint will take about 1 1/2 hours and from there you will enjoy a spectacular view of the monastery clinging to the side of the cliff.You will stop here for refreshments and then hike further upto the monastery which should take another 1 1/2 hours.

It was first built in 1692, around the Taktsang Senge Samdup, a cave where Guru Padmasambhava is said to have meditated for three months in the 8th century. It is believed that Guru Rinpoche (Guru Padmasambhava) flew to this location from Khenpajong, Tibet on the back of a tigress and subdued a demon. He then performed meditation in one of the caves here and emerged in eight incarnated forms (manifestations) and blessed the place. Subsequently, the place came to be known as the “Tiger’s Nest”. Guru Padmasambhava is known for introducing Buddhism to Bhutan. Today, Paro Taktsang is the best known of the thirteen caves in which he meditated.

After visiting the monastery, walk back downhill to the road with lunch at the viewpoint cafeteria. Then drive back to your hotel after visiting Kichu Lhakhang on the way. Kichu Lhakhang, one of the 108 temples built in the 7th century by the Tibetan King Songsten Gampo. The story goes that a giant demon lay across the whole area of Tibet and the Himalayas and was preventing the spread of Buddhism. To overcome her, King Songtsen Gampo decided to build 108 temples, which would be placed on all the points of her body. Of these 108 temples, 12 were built in accordance with precise plans. Thus, it happened that in about the year AD 638 the temple of Jokhang in Lhasa was built over the very heart of the demon. In the evening relax and overnight at a hotel in Paro.

Day 04: Departure from Paro for you next destination

After breakfast, we will bid you farewell at the Paro International Airport for your flight to your onward destinations via Kathmandu.