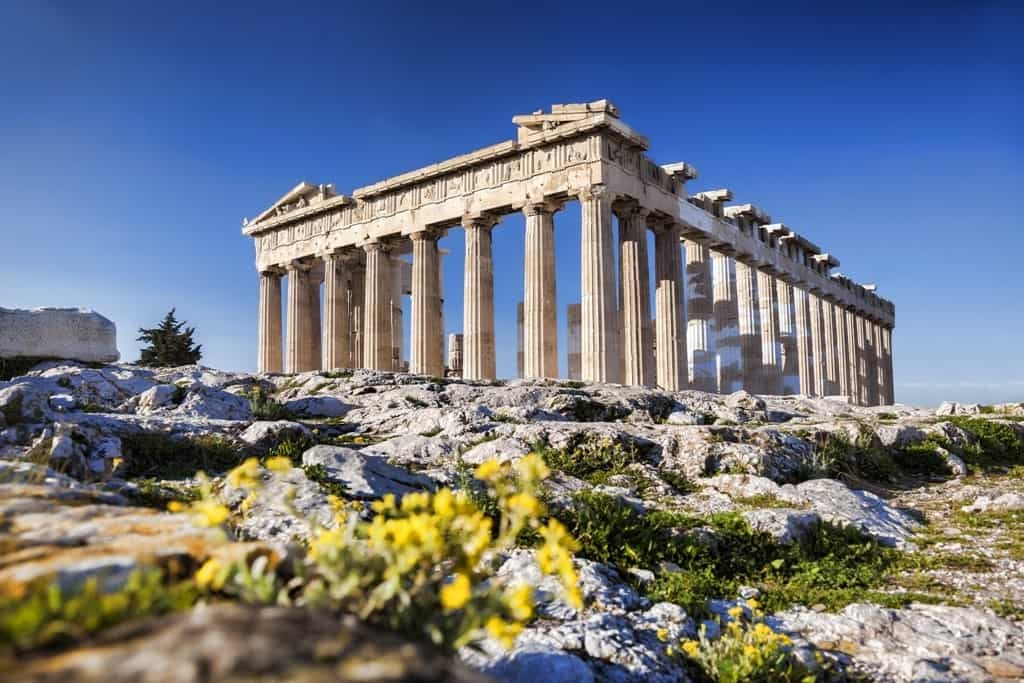 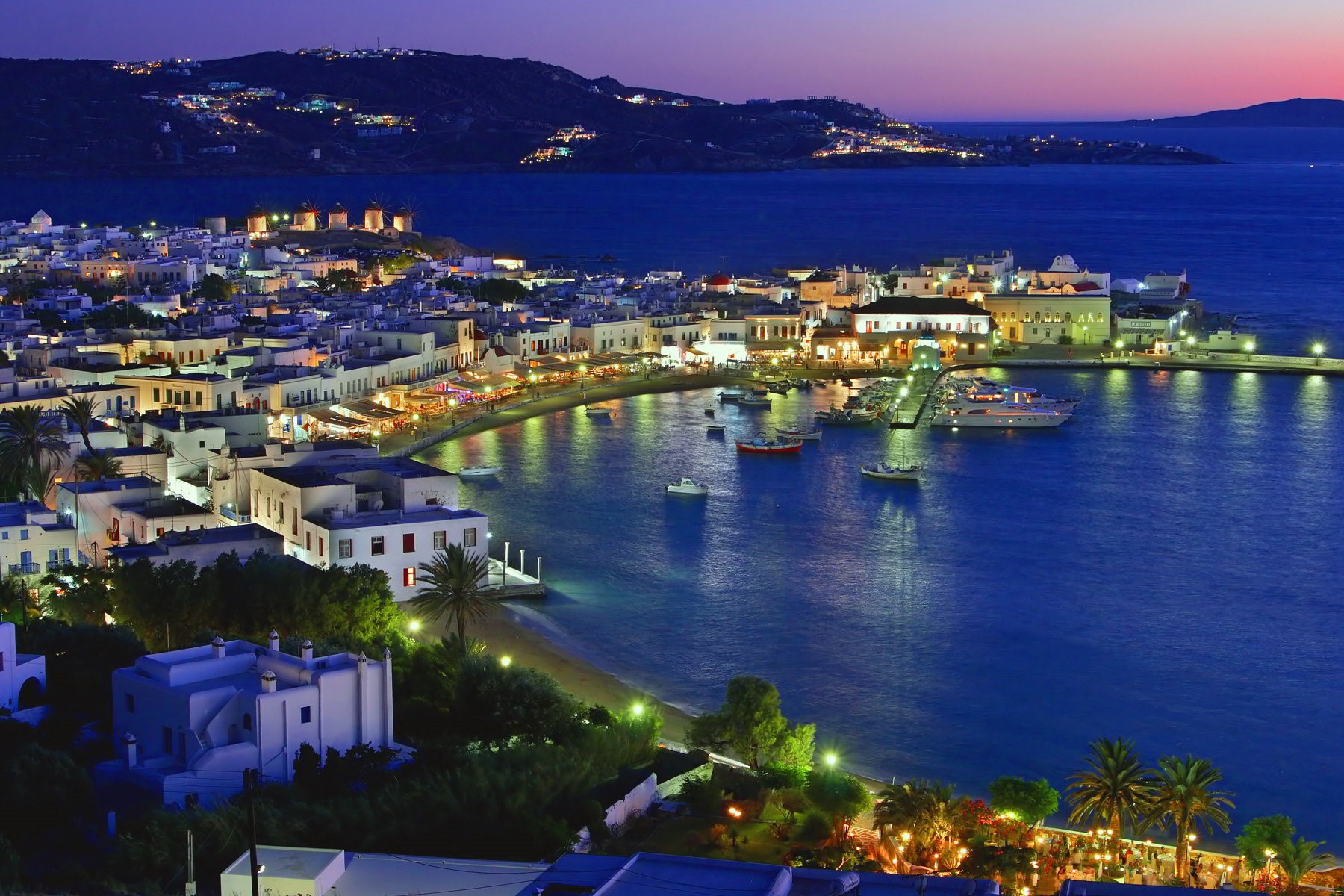 Upon arrival, you will be met and transferred to your hotel. The balance of the day at leisure.

This tour gives you an opportunity to observe the striking contrasts that make Athens such a fascinating city. Our expert guides will take you to see the Panathenaic Stadium where the first Olympic Games of modern times were held in 1896 (shortstop).

Continue and pass by the Prime Minister's residence (ex Royal Palace) guarded by the Euzones in their colourful uniform, the Temple of Olympian Zeus, the Hadrian's Arch, the Parliament and the memorial to the Unknown Soldier, the Academy, the University, theNational Library, the Constitution Square (Syntagma). On the Acropolis visit the Architectural Masterpieces of the Golden Age of Athens: The Propylaea, the Temple of Athena Nike, the Erechtheion and finally "the harmony between material and spirit", the monument that "puts an order in the mind", the Parthenon.

Tour will end by visiting the Acropolis and the new Acropolis Museum, "State of the art" in museum construction and very rich in content.
Afternoon free to visit Plaka (The old Athens city) with lots of souvenir shops, restaurants and taverns.

Free day in Athens to stroll around the city and know better the sites and the people. Good opportunity to visit one of the famous museums like the  National Archaeological Museum or the Benaki Museum.

Use the metro not only for your transportation but also visit the different stations to admire pieces of ancient and modern art. Not to miss the visit to Plaka (The old Athens city) with lots of souvenir shops, restaurants and taverns.

Morning transfer to Piraeus port to embark your selected cruise ship. Our cruise ship will leave the port of Piraeus at 11:00 for 4 full days of fun and experiences. We go along the Athens Riviera in the Saronic Gulf to the south end of Attica passing close to the Temple of Poseidon in Cape Sounion. This afternoon is a good opportunity to get around and know your ship and the services we provide.In the afternoon we arrive in Mykonos,  known around the world as the Ibiza of the Aegean, the most popular destination of the  Mediterranean. An international "jet-set" known for its beautiful sandy beaches, hundreds of tiny white chapels and incredible nightlife. Stroll around the streets of the capital that are considered the most beautiful of the Greek islands and enjoy the great nightlife. It's easy to get lost in its maze of gleaming white walls dotted with blue domes and windows and balconies full of flowers. Have a coffee or a cocktail in one of the famous bars and promise to return for longer stay and more experiences.

Kusadası a resort town on Turkey's Aegean coast. In ancient time settlers include the Aeolians in the 11th century BC and Ionians in the 9th century who made Kusadasi a centre of art and culture. In the early years of Christianity. St John the Evangelist and (according to Roman Catholic sacred tradition) Mary (mother of Jesus) both came to live in the area.

The included tour gives you the opportunity to visit Ephesus,  an ancient Greek city and later a major Roman city, on the coast of Ionia. The city was famed for the Temple of Artemis (completed around 550 BC), one of the Seven Wonders of the Ancient World.

Then on to the island of  Patmos,   a small Greek island in the Aegean Sea. Patmos is a destination for Christian pilgrimage. Participating in the optional tour, you will have the opportunity to visit the Monastery & the Grotto (the Cave of the Apocalypse) of St. John, where he lived and recorded the Book of Revelation.

We will spend this morning to explore this beautiful city, the capital of Crete,  the largest of the Greek islands. Archaeological treasures, magnificent ruins and museums, glorious beaches and fabulous restaurants make Crete a complete vacation spot.

With the  included tour you will  visit the ruins of Knossos, which in Minoan times was the largest centre of population on Crete and are located within close proximity or the Archaeological Museum of the city, one of the greatest museums in Greece and the best in the world for Minoan art, as it contains the most notable and complete collection of artefacts of the Minoan civilization of Crete.

One of the jewels of small volcanic archipelagos five islands is undoubtedly Santorini. Santorini was created due to a volcanic eruption culminated in the explosion of a volcano caldera, therefore, its rugged landscapes dotted with huge cliffs. Santorini's capital, Fira, with white-washed houses, narrow streets and open air cafes that cling to a steep cliff, is at the top of the beautiful island where you can enjoy the beautiful views of the bay.  Discover Santorini villages that retain their authenticity, with beautiful blue and white buildings and barren volcanic rocks. It is a very fascinating and picturesque island. A magical place that has nothing to do with the rest of the Greek islands, a place to spread the peaceful and hospitable nature of its people.

Early morning return to Piraeus port. After breakfast, disembarkation and transfer to the airport for your departure flight.

Note: Special overnight tax in Greece/ per person per night