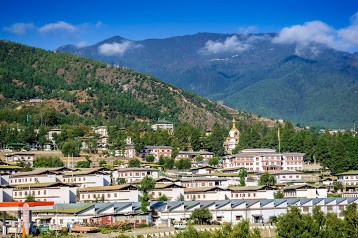 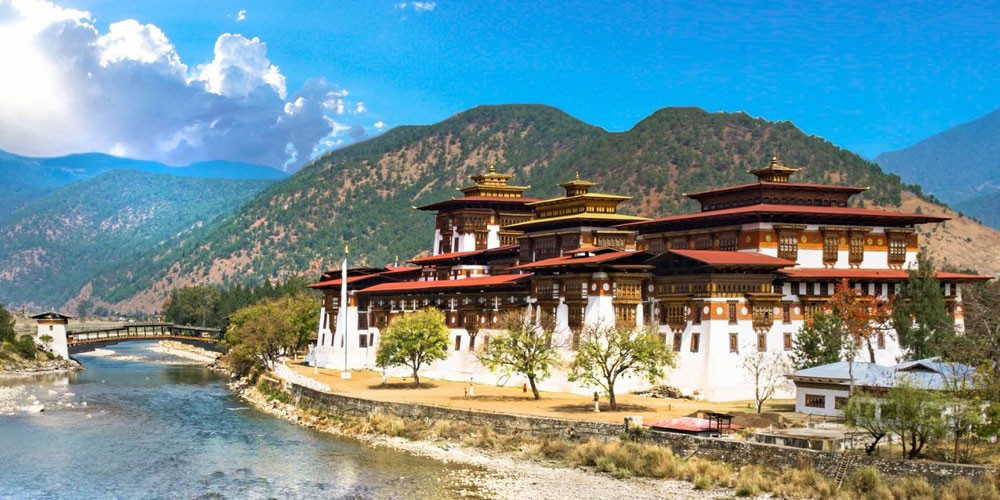 BooK Now Enquiry Now
Bhutan tour is one of the most popular tour packages which never fails to amaze us. This tour begins from the capital city of  Nepal (Kathmandu). You will fly to Paro from kathmandu with an breathtaking view of hamalayan ranges during the Flight. On day 2 sightseeing to Thimpu the capital of Bhutan and many more to do.
Bhutan, a Buddhist kingdom on the Himalayas’ eastern edge, is known for its monasteries, fortresses (or dzongs) and dramatic landscapes that range from subtropical plains to steep mountains and valleys. In the High Himalayas, peaks such as 7,326m Jomolhari are popular trekking destinations. Paro Taktsang monastery (also known as Tiger’s Nest) clings to cliffs above the forested Paro Valley.

Breakfast at hote, check out and transfer to airport for the flight to Paro by Druk Air, Bhutan’s National Airline. The great snow-capped peaks of the inner Himalayas rise up to the heavens can be seen during clear weather. As the plane approaches Bhutan, if you look down farmhouses as dots on the hillsides can be seen. As the aircraft enters the Paro valley, you will see Paro Dzong on the hillside overlooking the Paro Chu (river), with Ta Dzong, formerly a watchtower and now the National Museum, above it.You will be received by the representative (Bhutan tour operator)who will be your Bhutan travel guide throughout your tour.

Visit Buddha Point and offer your prayers to the largest Buddha statue in the country and walk around to enjoy the great view of Thimphu valley below.In the evening stroll through Thimphu town and leisure time.Overnight at a hotel in Thimphu

After breakfast we will visit to The National Library, housing an extensive collection of priceless Buddhist manuscripts. The National Institute of Traditional Medicine (outside only), where Bhutan’s famed traditional herbal medicines are compounded and dispensed.

National Folk Heritage Museum to get an insight into the typical Bhutanese way of life. Changangkha Lhakhang (temple), Takin Preserve which houses the national animal- takin which is found only in Bhutan. Takin is an extremely rare member of goat family.

Tashichhodzong, “the fortress of the glorious religion”. This is the center of government and religion, site of the monarch’s throne room and seat of the Je Khenpo or Chief Abbot. Built in 1641 by the political and religious unifier of Bhutan, Shabdrung Ngawang Namgyal, it was reconstructed in the 1960s in traditional Bhutanese manner, without nails or architectural plan. Overnight at a hotel in Thimphu.

After breakfast, drive to Punakha via the Dochula pass. An hour's drive from Thimphu will take you to this pass (3140 m) where one can have a superb view of the Eastern Himalayas on a clear day with a powerful binocular telescope. Visit the beautiful 108 Chortens built on the hill by Her Majesty Ashi Dorji Wangmo for the security and well-being of His Majesty the King of Bhutan. Also visit Druk Wangyel Temple which was built to honor His Majesty, the fourth king Jigme Singye Wangchuck. The past and future appear to merge in the details of the temple that tells the story of a supreme warrior figure whose vision pierces the distance future.

Drive onto Punakha, the old capital of Bhutan and presently the winter residence of the central monk body. Visit the Punakha Dzong, located on the island of the Pho-Chu (male) river and the Mochu (female) river. In the evening, walk through the Metshina Village and take a 20-minute walk through the rice fields to the Devine Madman’s Monastery-Chhimi Lhakhang, famously known for its fertility shrine, where couples unable to conceive come here for blessing.Overnight at hotel in Wangdue/Punakha.

After breakfast at Punakha and we will have a leisure drive towards Paro valley. We will stop on way at Thimphu. After reaching Paro we will visit the following, if time permits:

Ta Dzong built in the 17th century as a watchtower for the Paro Dzong. This dzong was converted into the National museum in 1967 and is filled with antique thankha paintings, textiles, weapons and armor.

Rinpung Dzong, built in 1645 to defend the valley against Tibetan invaders. The Dzong is now being used as an administration center and school for monks. Then walk down to Rinpung Bridge (Traditional Bridge), oldest bridge in Bhutan. Then we will rest for the next morning’s hike.

Dhumtse Lhakhang and if time permits, we will visit Kyichu temple.

After breakfast, we will hike up to Taktsang Monastery, also known as ‘Tiger’s Nest’. The climb up to the viewpoint will take around 1 ½ hours and from there you will enjoy a spectacular view of the monastery clinging to the side of the cliff. Stop for refreshment at the View Point Cafeteria.Then walk further up to the monastery which will take about 1 hour. It is said that in the 8th century Guru Rinpoche flew on the back of a tigress from eastern Bhutan to this place and meditated in a cave here for 3 months. The principal Lhakhang (monastery) of the present monastic complex dates from 1692. Taktsang was damaged severely by fire in 1998 but has now been fully restored to its former glory.After visiting the monastery, walk back down to the road on the way stop for lunch at the view point cafeteria and then walk further down to the road point. Then drive back to hotel. On the way, visit Kichu temple, one of the 108 temples built in the 7th century by the Tibetan King Songsten Gampo. The story goes that a giant demon lay across the whole area of Tibet and the Himalayas and was preventing the spread of Buddhism. To overcome her, King Songtsen Gampo decided to build 108 temples, which would be placed on all the points of her body. Of these 108 temples, 12 were built in accordance with precise plans. Thus, it happened that in about the year AD 638 the temple of Jokhang in Lhasa was built over the very heart of the demon. In the evening relax and overnight at a hotel in Paro.

After breakfast, our guide will drop you to the Paro Airport for you flight to next destination.